Martha Would Be So Disappointed.

There are so many cute ideas out there for kids activities, home decor, party ideas, recipes and on and on.

Lately I've been feeling like trying my hand at some of the adorable baked goodies I see for the kids.  So when Big T came to me last night and asked if we could bake something, I thought "YES! I can try those cute cupcakes in the ice-cream cones that I pinned recently."

Of course I immediately went on Pinterest and pulled up the pic of the cones.  Here's what they are supposed to look like: 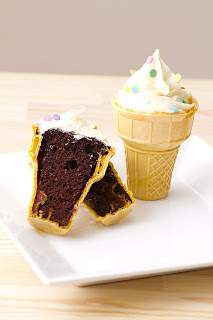 STEP ONE:  The mixing of the batter.  All was good.  The boys were getting along, taking turns putting the ingredients into the bowl and taking turns mixing.  With such great behaviour, how could my cupcakes in a cone not turn out amazingly well?

STEP TWO:  The pouring of the batter into the cones. 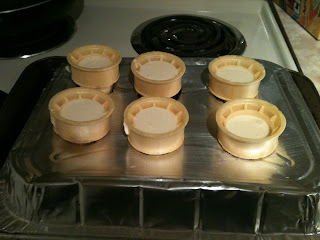 Had a slight mishap when one of the cones had a crack in the bottom, prompting this to happen: 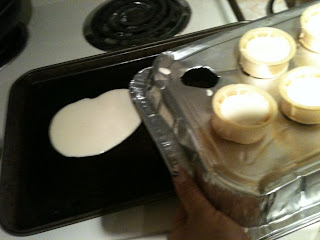 But we persevered.  Well, I did.  The boys went to watch TV.

STEP THREE:  Bake the damn cupcakes.  It only took 20 mins for this to happen: 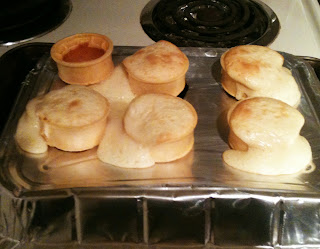 Pretty sure if Martha Stewart were a baking teacher and I was in her class, I'd get a big fat "F"!  Who am I kidding?  It wouldn't have to be Martha...any 'ol high school baking teacher would do the same.

I ended up icing them and telling the kids that they will still taste good.  This is what they thought of the end result: 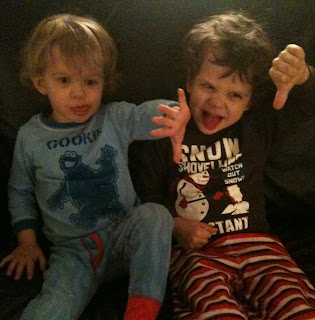 So my cupcakes were a colossal failure.  Cupcake points for trying though?

One good thing that came out of it was Hubby said the nicest thing upon observing my baking disaster.  His exact words were:  "Our oven is crap though."  Have sweeter words ever been spoken?  But then he told me I should've really read the instructions before I started.  (Whatever)

Even though these didn't work out as I had envisioned...I'm not going to give up trying new & cute treats to "bake" for the kids.

After all, my version of the melting snowman on a cupcake turned out great this past Christmas, if I do say so for myself, and here's the proof: 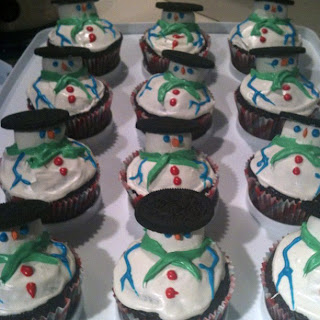 There's hope for me yet!

Those snowmen are proof you have Martha potential. You're actually making me feel better as I'm laughing WITH you. I tried those seemingly easy cones a few years ago. Mine also were a flop and I even read the instructions. I'm blaming the crappy oven. :)

Ok. So your oven is crap. But I am SO PINNING your melting snowmen ;) Martha isn't all she's cracked up to be. I think she pays people to make her crap. Love the post. Kristen

Oh, yes...it's definitely the oven's fault! Even when I gave up and poured the rest of the batter into a mini cupcake pan, forgetting to grease it and they were a disaster too! Damn oven! ;)

Oooh, how exciting - something I made is getting pinned! Thanks, Kristen, that made my night. :)

Well, they're pretty complicated ;) - Duncan Hines cake mix AND icing (I confess). But the major trick is cutting the head (marshmallow) in half and then the hat is the top of an oreo cookie. OH, and melt the icing a bit in the microwave to give it that melted look!

I've been eyeing those cupcakes ina cone too! And those snowman ones are adorable! I'm a new follower, I found you on Caffeinated OC Mommy's site! Check me out if you're bored.
Oh, and I JUST checked my blog email tonight for the first time in SO long, I'm so bad at remembering that! I'll be back!
Kim
http://www.mytwintasticlife.com/