It's high time I updated this "About Me" page.  I've been meaning to do it for a while now, but of course, life has got in the way.

So what's new about me since I started this blog now over a year ago?

Well, besides being one year older (yikes! more like a year and a half!) the latest news is I cut my hair! 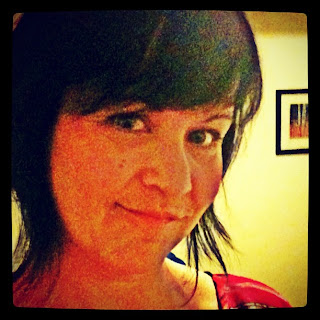 I was a little hesitant about doing it, but also knew that I needed a change and that the longer hair was just not working for me anymore.  I mean, could I really pull off that pony-tail one.day.longer?  Ugh.  And I actually like it!  Lucky for me, my big Bro does it, so that means I also didn't have a choice.  And I don't mean to make you jealous (or maybe I do...hehe) but I've never paid for a haircut in my life.  Pretty sweet, I know.

Let's see, what else is new?

I've kind of successfully made school lunches for my older son for a year now!  I must say, that was a major feat as he doesn't eat sandwiches, pasta, rice and of course I can't send peanuts.  But I've got to tell you, I'm pretty effin' happy that I won't have to rack my brain five days a week of what to put in that damn Lightening McQueen lunchbox.  No sir-ee, no more of that for the next two months during the summer holidays!  Life is sweet!

I'm no longer schleppin' coffee at Starbucks.  Soooo glad that ended last October.  I'm still working nights, but it's doing bookkeeping for a small local company.  It's a much better gig, though the working of nights after being with the boys during the day is still kicking my butt.  Ah, whatchagonnado?  Complaining is for the weak - LOL...just joking!  Complaining is sport to me.

So there you have it...a few things have changed, but my blog name and motto remains the same:

Since this is what I would call a "Mommy Blog", I'll focus on that. I'm a mommy of two amazing 'lil boys. 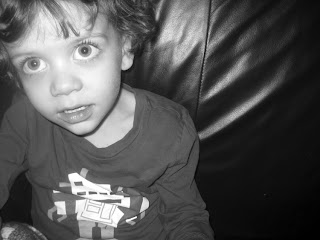 My oldest I'll call "Big T" and he is 4-1/2, though these days he's exhibiting behaviour that I wouldn't have expected 'til he's in highschool. Oooh, a high achiever! Spirited, if nothing else. He's got the biggest eyes and he is passionate about cars. I'm talking all cars...Hot Wheels, Matchbox, Tonka...and he's got probably over 400 of them (lined up in various places around our home) 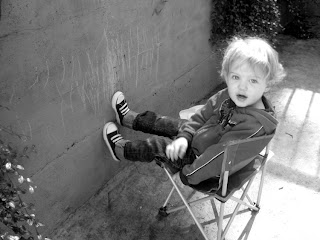 My youngest I'll call "Little K" and he's 2-1/2...my congenial child. Pretty easy going...pretty much always happy. He's kind of hard to take seriously sometimes when he's angry because he screws up his face in the cutest way that "Hubby" and I can't resist giggling at. "Little K" is into superheros and animals. Not at all into cars - possibly because his big brother barely lets him near them.

Oh, wait. This is about "me". They say Mommy-hood has a tendency to strip one's identity of being anything other than a mom. Too true.

Soooo, I'm 43...a stay-at-home mom during the days and I head out to work slinging coffee at a local Starbucks a couple evenings a week and a couple of VERY EARLY weekend mornings. I'm there mostly for the dental plan 'cuz we all know that doesn't come cheap. It's an okay job...what I call a "non-thinking" job in that I don't take it home with me and that's what I need right now.  Save my mind for the more important things, like diapers, pull-ups, poo and the like.  The people are nice...of course I could be practically everybody's mother.

I love being a mom. I never, however, felt that biological clock that some women speak of. Probably why I became a mom a little later in life. Big T came when I was 39 and then Little K at 41. Yikes, that does sound old. But I'm told by others that I'm young at heart and I feel that way...or maybe I'm just immature. No, young at heart. Have also been told I'm a young soul, new here on earth. That explains a lot of trouble I get myself into. Let's put it this way: In the game of "Survivor" I think I'd do okay in the physical aspects of the game...but the mental/social aspects might throw me a bit. I'm one who is always taken aback by someone's rudeness; may not have a comeback at that moment, but stew about it and say "Oh! I should have said ______" Although I must say, as I get older, I'm getting much better at this. Won't take nearly as much crap.

As my blog title states, I struggle with consistency in some areas of my life; parenting, health & fitness to name a couple. I'm starting to believe it may not be as bad as I think though. Spontaneity is pretty important to me...I like to go where the wind takes me and my plans can change at a moment's notice and then might change again. Frustrates Hubby to no end. But I'm consistent in a couple things. I love being a mom to my 'lil men. I have a goal of raising two thoughtful, caring and respectful big men (who love their mama) and I plan on being the best mother-in-law in the world! And I'm a gemini. 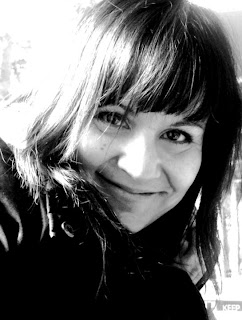