The Crazy Person On The Bus

(First off, I want to preface this post by saying that I mean no offence to crazy persons on buses.  None at all.  So don't go all crazy on me.)

Okay, so that being said, today I felt like the crazy person on the bus.

It all started with my nephew coming over tonight to stay with my boys while I met Hubby down at an eyeglass place where I recently got some new glasses.  The new glasses are just not working for me so I wanted to change them.

Hubby had the car today so I had the brilliant idea of catching a bus and meeting him at the store once he was off work.

Not having a bus schedule, I just headed out the door and towards the nearest bus stop.  I had only walked a few steps down the sidewalk and I heard the sound of the bus behind me!

CRAP!  I was going to miss it!

So I started to run.

I thought it was fruitless.  He'd never stop for me.  Just as I was about to give up - because the bus stop was still a fair ways away - I noticed that the bus was stopping to pick someone up so I kept going for it.

And I was going fast.

(Well, fast for me anyways.)

For once I got a nice bus driver (they're often hard to come by) and he actually waited for me as I came flying down the sidewalk.

It was at that point that I realized something else was flying down but at a way faster speed than me.

I could not  believe what was happening!  They were coming down!  Damn these tights with the loose elastic!  Double damn that I didn't wear my old pregnancy belly band to keep them up!

Despite my dilemma, I kept running.  And they kept falling.

I made it to the bus in the nick of time.  I'm telling you, one more step was all it was going to take and I would have had something to say if someone ever asked me what my most embarrassing moment was.

Oh, did I mention it was rush hour so the bus was pretty packed?

I got on with quite noticeably sagging tights.

(And a slight breeze on my bum.) 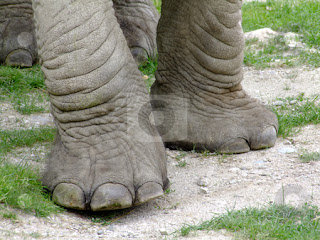 Thank god I was wearing my longer coat.

All I kept thinking was how the eff was I going to hike them up with all these people around me?

But if I didn't, I risked giving everyone on the bus a hilarious story for tonight's dinner table conversation.  (That would've been pretty nice of me actually.)

A seat in the elderly/handicapped seats at the front became available so I sat down...my mind racing with what I had to do and how I was going to do it.

God forbid an elderly, handicapped or pregnant person got on the bus and I had to give up the seat.  There was no effin' way I could.  Then no doubt a fight would ensue as some good samaritan, seeing my selfishness at not getting up, insisted I do so.  Oh, gawd, it could have gotten really ugly!

I looked around.  Everyone seemed to be busy with their own lives (as people tend to be).  No one was really paying attention to me....yet!

I unzipped my jacket, reached my hand in, oh, so nonchalantly.  First the left side...then the right...trying to hike without wiggling.

It was no use.

My next move was texting Hubby to tell him of my dilemma.  'Cuz really, what else was I gonna do?  Buses are so boring, even with saggy tights and a bare bum.

What happened next was the crazy part.

I started to laugh as I texted and then read his reply.

Yep, I was laughing.  Out loud.

I tried not to make eye contact with anyone, but when I did look up slightly after wiping my wet eyes, a lady across from me was smiling at me.

(She must have been crazy too)

I finally controlled myself and my stop came.

I zipped up my coat and waited 'til the very last second before bolting to the back door and off that bus.  I dashed into the lobby of the nearest office building and down a corridor where I could pull those suckers back up to where they were supposed to be.  I no doubt gave the security guard watching the security camera quite a thrill.  ('Cuz hiking up saggy tights is so hot!)

And that was it.  I went on to the eyeglass place and met Hubby.  Ordered some new frames, the tights stayed put and all was well.

And now I'm telling you about it.

I think that's what you call good blog fodder.  I always wanted to know what that term meant.

So tell me, what's your most embarrassing/crazy moment?

Hahah I love it when you have that moment "oh this will be great for the blog!" At least it gives you an up side to horribly embarrassing moments

Yep...everything happens for a reason - hehe!

Now that was the funniest story I heard in a long time...laughing out loud alone in my kitchen...carazy...you are absolutely crazy!!!
love you!!
am

This is a high compliment coming from such a crazy woman as you!! Love you too! xo

Oh. My. Buttcheeks.
This is hilarious.
I had a moment like that once only I was at work and I made it safely to the bathroom...so in other words, it was in no way related to the moment you had.
Bwhahaha.

H.I.L.A.R.I.O.U.S!!! This is the best kind of blog fodder!! I was crying laughing right along with you.

Oh, phew! I'm not alone in my craziness! I knew there was a reason I liked you...lol.

My buttcheeks may never be the same..hehe.