We had a 'lil snuggly house guest for the past 3 days. 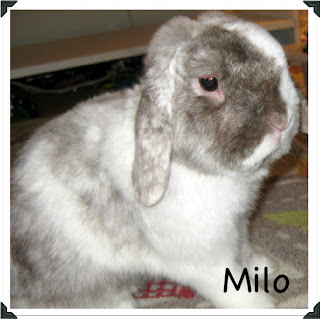 He is Holland Lop bunny and he is the furry 'lil resident of Big T's Kindergarten class.

We have been thinking of getting the boys a pet.  We eventually want a dog but aren't quite ready so we've been thinking about guinea pigs.  I think after having Milo around, our hearts are now pretty much set on a bunny.

The only thing is that Milo is an exceptional bunny, I'm thinking.  He is completely house-trained/litter box trained.  He is used to being handled since he was an itty-bitty baby bunny and so he is crazy good with the kids.  He doesn't bite and honestly, his poop is not too offensive.  Maybe it is when he eats it, but that's another story.  And despite the fact that he fell in love with my right arm (wink wink)  I could handle having him around.  And honestly, my right arm is irresistible.  Poor bunny didn't stand a chance.  Oh, and Hubby's left elbow is pretty attractive too, 'eh Milo?

In fact, it was such a great experience that my only concern is that we won't find one as good as him...or be able to train a baby as well as he's been trained.  We're definitely not rushing into anything and will take our time in finding the right bunny for us. 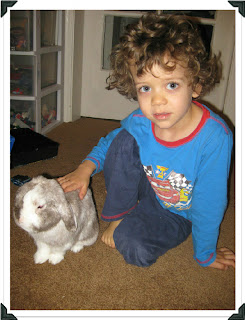 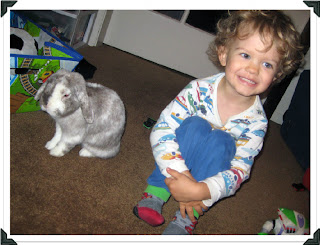 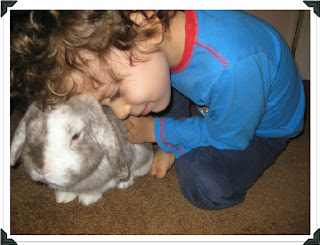 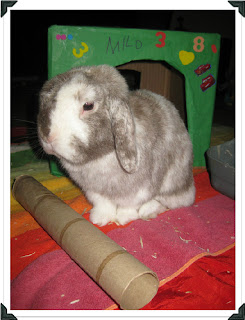 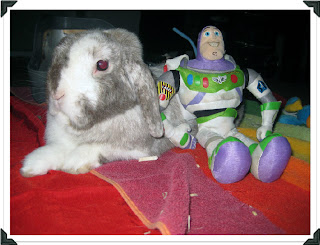 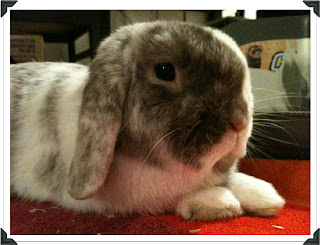 Awww, I'm going to miss this 'lil softie once I take him back to school tomorrow.  And I have this no doubt annoying facet of my personality (yes, I will admit this) in that I'm of the opinion no one else can take as good care of him as we did.  He surely won't have as much fun with anyone else.

Of course this isn't true, but I'm going with it anyways.

Posted by Mommy Inconsistent at 1:15 a.m.

The Preppy Girl in Pink said...

My friends have a bunny that they adopted and trained her way after they said she couldn't be trained anymore. I think if a pet knows how much you love them, they do more for you. I hope you guys find the right bunny for you. Sounds like you guys will be missing Milo a lot and I'm very sure he will be missing you guys too (and not just your right arm...wink wink)

What a cutie! Maybe a bunny wouldn't be so bad....