Me thinks so too.

I may not be up to snuff with world events these days...at least not when they immediately happen.  I'm always a couple a few about a week late in hearing the latest news of the world or celebrity gossip for that matter.

There are a few things, however, that I know that this guy does not.

﻿﻿
Toopy & Binoo are best buds and recently took a trip under Toopy's bed where they encountered all sorts of friendly monsters.

Curious George, Ted and Bill went for a hike where Ted and Bill got stuck on the edge of a mountain and George used his tracking skills to backtrack to where they started their hike.  He got help and saved the day! 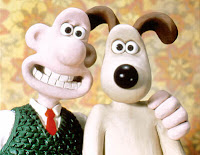 Wallace & Gromit rescued a herd of sheep and their owner from a very naughty bulldog. 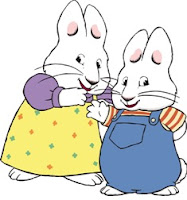 Max & Ruby and Grandma went to the store to see Super Bunny, but there was a big shoe sale going on which Ruby didn't want to miss out on.  She made Max wait to see Super Bunny and he almost missed him, but ended up that he and Super Bunny saved Ruby from a falling pile of shoeboxes.  Way to go, Max! 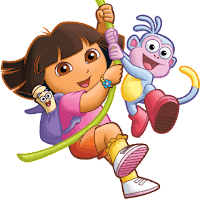 Dora and Boots have a friend named Benny the Bull and he was in a road race.  And although a few obstacles got in his way, he persevered and "Never Gave Up!"

George Shrinks' science project went awry when his tadpoles grew faster than he expected and there were frogs taking over his house!

There's a lot more knowledge where that comes from but I'm going to stop for fear of making anybody reading this feel inferior to me and all that I know.

You're hilarious! Apparently I need to catch up on my news. I had no idea about George's mountain rescue, though I did see he saved a baby penguin at the zoo the other day. :)

What?? I missed a penguin rescue? Arrrrgh!